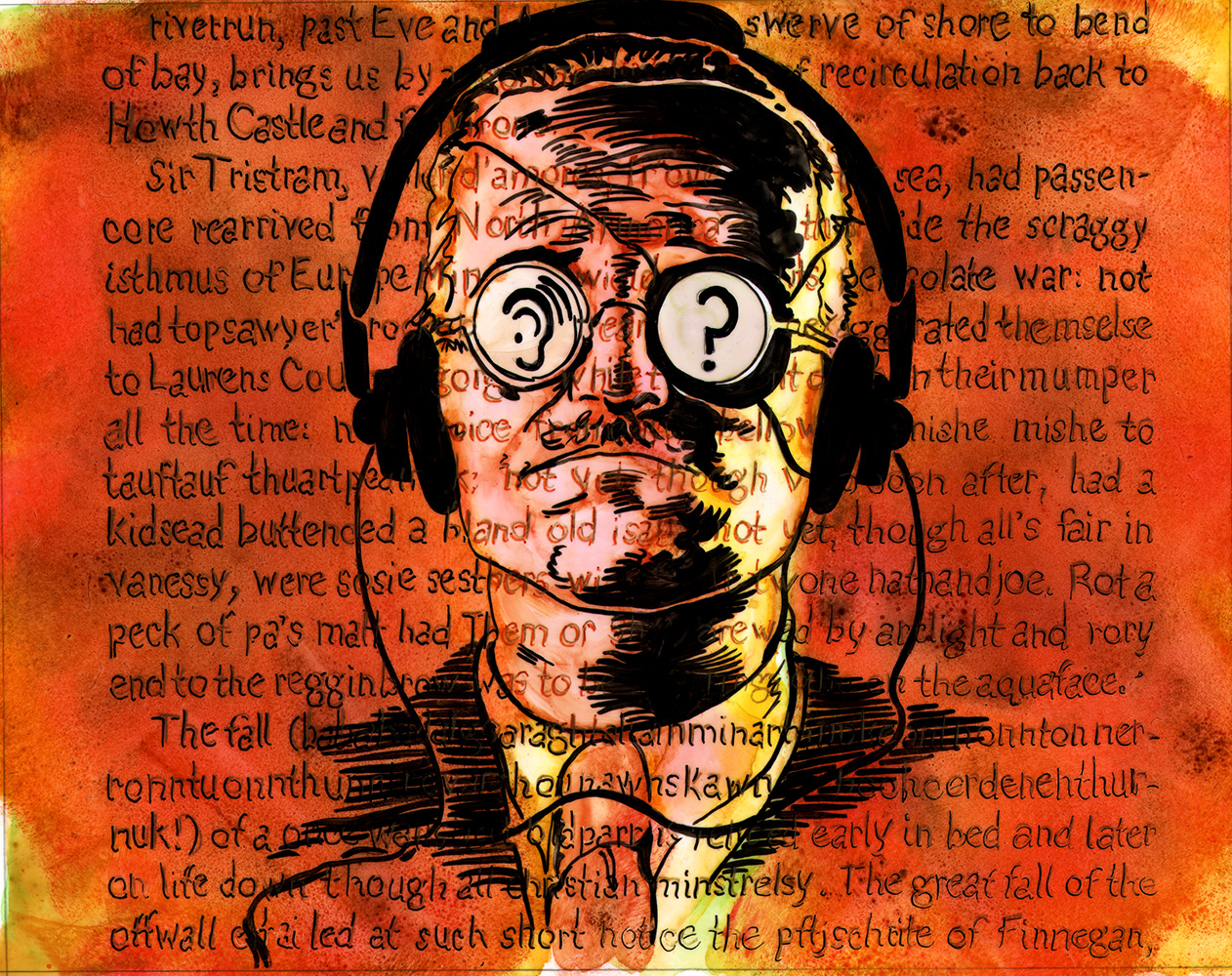 Waywords and Meansigns: Recreating Finnegans Wake [in its whole wholume]

For correspondence, or to report any errors, contact waywordsandmeansigns AT gmail DOT com.

The idea was a simple enough question. How many ways are there to read James Joyce's great and bizarre novel Finnegans Wake?

Seventeen different musicians from all around the world, each assigned to render a chapter aurally. The only requirements: the chapter's words must be audible, unabridged, and more or less in their original order.

This is a labor of love, not profit. We have created this to be shared, so please tell your colleagues, students and friends. To the wonderful world of Finnegans Wake readers, newcomers and devoted followers alike: Here Comes Everybody!

All audio is to be distributed freely via Attribution-NonCommerical-NoDerivatives 4.0 International (CC BY-NC-ND 4.0). This basically means that all audio from Waywords and Meansigns can be shared freely, provided that credit is given to creators. No derivative works are allowed, nor are commercial uses. Finnegans Wake is granted public domain status in Canada, where Waywords and Meansigns is based. Users outside of Canada are responsible for knowing their own territory’s copyright laws.

A note from project director Derek Pyle: "It has been an absolute joy producing Waywords and Meansigns. Thank you to everyone who has supported us, and a special thanks to all the contributors. You have poured your hearts into this work, not to mention nearly breaking your backs, and it really shows. "

Waywords and Meansigns will produce a second edition, with seventeen new musicians setting Finnegans Wake to music again. If you are interested in contributing, contact Derek waywordsandmeansigns AT gmail DOT com.

Waywords and Meansigns image was created by Robert Berry.


Track listing:
Finnegans Wake is organized into four books. Roman numerals indicate the book, Indo-Arabic numerals indicate the chapter within that book. Chapter names are italicized, followed by the names of musicians. Finnegans Wake is circular, so you can start listening wherever. Mariana Lanari and Sjoerd Leijten suggest beginning with Book IV. To locate a particular passages of the text, use http://www.trentu.ca/faculty/jjoyce/ and http://fweet.org/

I.2 - The Humphriad I: His Agnomen and Reputation, pp. 30-47 - Robert Amos; Chelidon Frame; Alan Ó Raghallaigh

Derek's acknowledgments:
Waywords and Meansigns would not be possible without the support of many people. Like the Joycean maxim says: Here Comes Everybody. Thanks to the fwread listserv, especially Peter Quadrino, Peter Chrisp, Roman Tsivkin, as well as Adam Harvey and Mariana Lanari; your collective knowledge of Joyce is astounding. Marie Broadway, Jake Tozer, Sam Nordli, and Emma Pampanin co-hosted the Finnegans Wake parties that inspired this project. Zach Leavitt and Chelsea Westra co-hosted the parties of the future. Elaine Thomas, Dylan Muhlberg, the Amherst Irish Association, Jacqui Wise, Krzysztof Bartnicki, Mike Moran, Mike Medeiros, Jason Gross, Rebecca Hanssens-Reed, Billy Mills, and the James Joyce Gazette played pivotal roles spreading the word about this project, through press coverage and otherwise. Thanks to Mackenzie Libbey, and Michael Robbins, for their support throughout. Thanks to L. Brown Kennedy and Annie G. Rogers for first introducing me to Joyce. Special thanks to Mark Traynor and the James Joyce Centre in Dublin, and to Robert Berry.

Infinite thanks to the project contributors, and all who channel the spirit of James Joyce.

Uploaded by waywrdsmeansgns on May 2, 2015